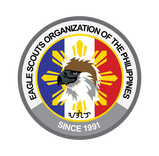 We, the Eagle Scouts of the Boy Scouts of the Philippines, have organized ourselves into an association to perpetually kindle in our hearts and minds the true spirit of the Scout Oath and Law; to strive and spread the values of leadership and service by leading and guiding other scouts to achieve the highest rank in the scouting movement, that they may become responsible citizens of the community and to foster and strengthen among ourselves the scouting ideals, do ordain and promulgate this Constitution and By-Laws.

The Citizen Award, Rizal and Eagle Scouts (CARES) National Association was founded during the 12th Asia-Pacific/9th National Jamboree in 1991. This is an organization of Scouts who attained the highest rank in the ladder of advancement such as Scout Citizen Award, Jose Rizal Scout Award and Eagle Scout Award.
Eventually, during the Centennial Jamboree in Clark Field, Pampanga in 1998, CARES changed its name to Eagle Scouts Association of the Philippines (ESAP).

From ESAP to ESOP (Association to Organization)

However, during the ESAP NATIONAL CONCLAVE on 15-17 May 2009 at the Leyte Park Hotel, Tacloban City, in response to the Logo and Name concerns, we decided to change ESAP to ESOP, which means Eagle Scouts Organization of the Philippines.

Read on the ESOP Principles and Objectives
Powered by